Luotolainen is an old traditional sweater knitted by finnish sheep wool. It has many special details that you can not find other knit wears. The first Luotolainen was found in Hailuoto island near Oulu. Now that knitted sweater is more famous than ever! In the exhibition you see all the versions of this awesome sweater. Can you use a spinning wheel and make yarn? Now you have a change to try!

The legend of Luotolainen
On the island of Hailuoto, in the far north of the Baltic Sea, lived a boy and a girl. As they grew older, their paths led them apart; he went off to war, and she married another man. As a token of their deep affection, she knit the Luotolainen sweater for him. The sweater was his most prized treasure. He lived in solitude for the rest of his life, but his Luotolainen sweater he never gave up. It was worn and mended for over 45 years—worn until the day he died. The Luotolainen is the island’s story of love and longing.
the man got several other sweaters over the years, but he never wore them. instead he took pieces from the new ones to mend the sweater from his unrequited love. the orginal sweater from this legend is located in the handicraft museum in Jyväskylä. (Käsityön museo). This sweater is about 100 years old.

Significance of the ribbing: not unusual, goes through whole sweater, easy to adapt when making larger or smaller. ribbing also makes it warmer, better insulator. Inteded to be kept and mended even through multiple generations. If the sweater is gifted to a specific person, the knitter can add the wearers, personalized initials or other personal emblem, so that if the fisher died or was lost at sea, the person could be recognized by the sweater. If it happened in late fall or winter you couldn’t find the person, but the sweater. 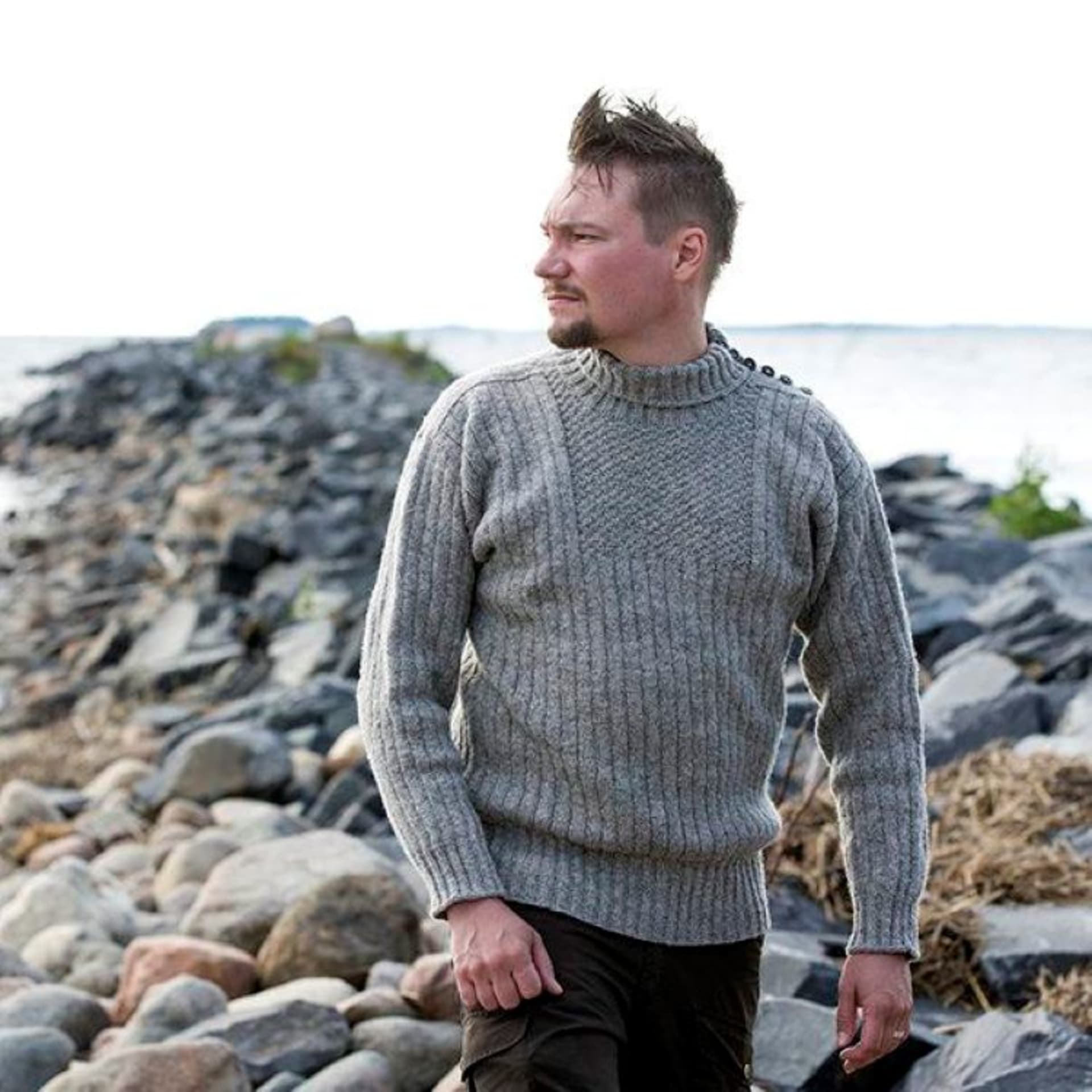