The Kuusiluoto District with its beautiful wooden houses lies right next to the city centre by the Oulu River estuary. A pedestrian bridge leads you forward to currently uninhabited Sonnisaari Island to enjoy its peaceful atmosphere. In the 18th century, Kuusiluoto was still an island just like Sonnisaari, and locals used them both as pastures for sheep. Since then, upthrust, soil brought in by the river, and landfill have connected Kuusiluoto to the continent.

According to the city plan made after the Oulu Fire in 1822, construction turned Kuusiluoto into a traditional 19th-century Finnish wooden town district that attracted sailors and artisans as residents. A third of the houses in the area date back to the 19th century and another third to 1900–1920. Stone houses built in early 1950s as replacements for wooden ones destroyed in Second World War bombings represent the third layer of construction in Kuusiluoto.

Also the Sonnisaari Island used to be inhabited in the last decades of the 19th century, housing for example a hospital for epidemic diseases since 1982 and the first municipal maternity hospital in Oulu between 1903–1925. Now the island is a nature destination for discovering the flora of coastal meadows and wetland dells as well as grove woods. 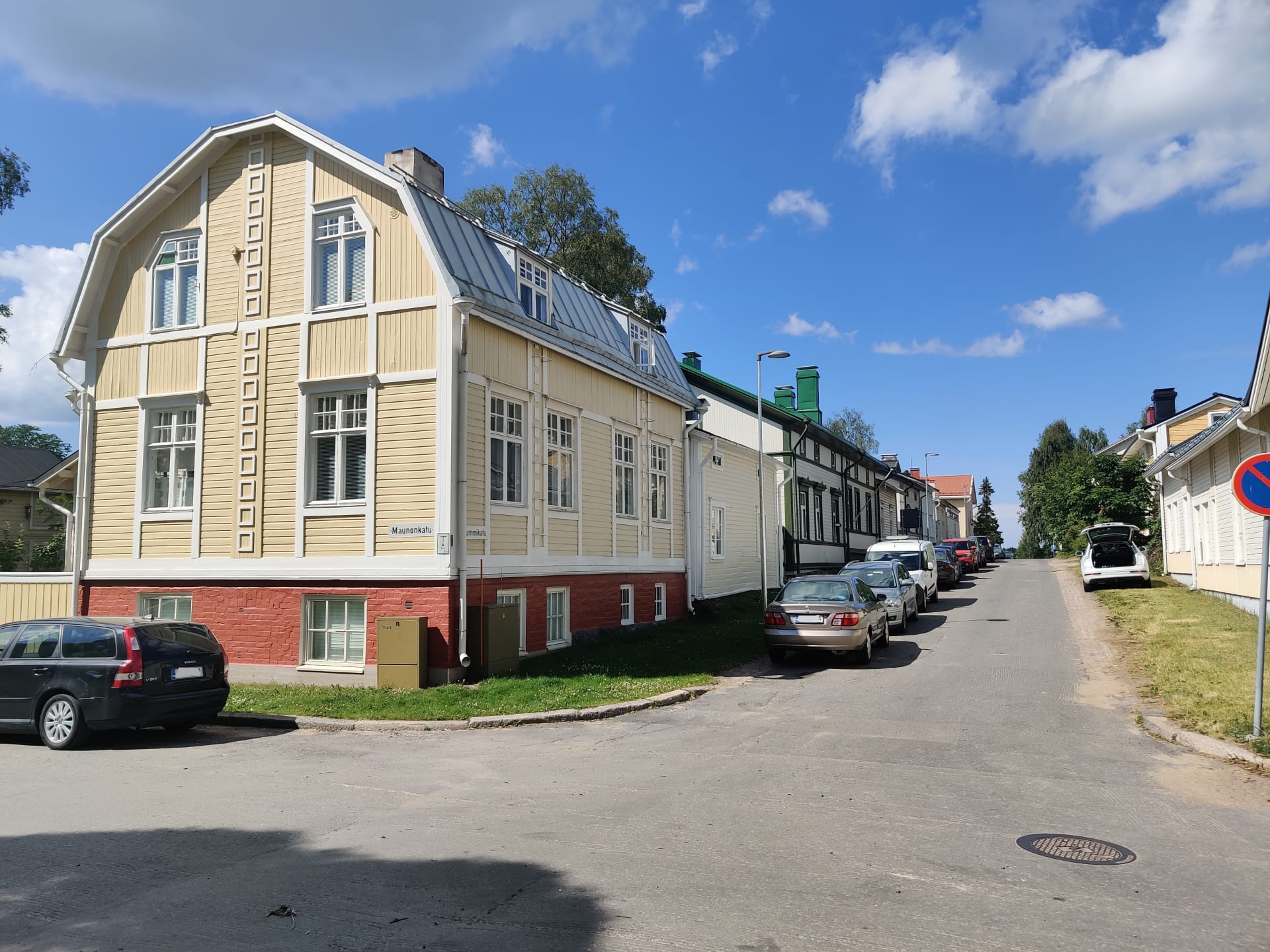