The beautiful Oulu Cathedral stands in Oulu’s monumental centre, on the same site where several church buildings were located over the centuries, with the oldest dating back to the late sixteenth century. The wooden church that was built on the site in the 1610s was replaced by a cathedral designed by Daniel Hagman of Sweden and completed in 1777. The cathedral, built of natural stone, was so big that all the 2,400 inhabitants of Oulu could fit in it at the same time!

Throughout the centuries, densely built wooden towns were vulnerable to urban fires. The Oulu fire of 1822 completely destroyed the wooden structures of the cathedral. The movable property was saved in time, and the fire left only the stone walls standing. The current stone cathedral was completed in 1832 according to the neoclassical designs of C. L. Engel. The most notable work of art in the cathedral is the portrait of Johannes Messenius, painted in 1611.

Among the cloud cherry trees in the garden is the Pikku-Sofia church for children. It is a model of Oulu’s very first wooden church from the late sixteenth century.

This church is part of the Oulujoki Pilgrimage route. Read more from the web page! 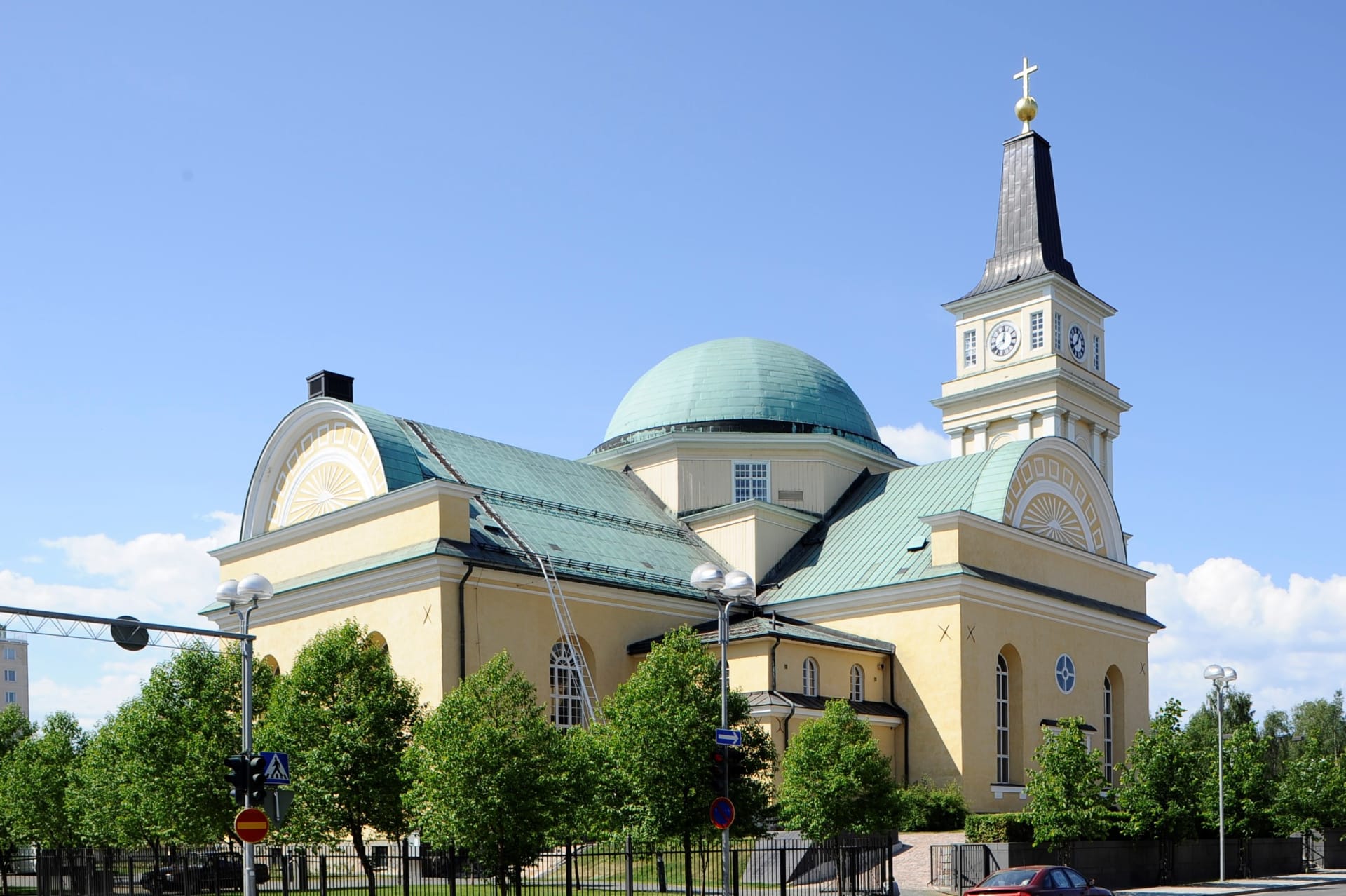 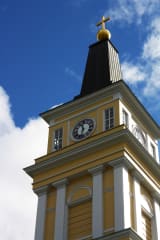 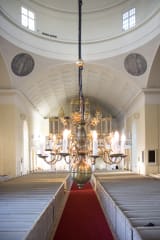 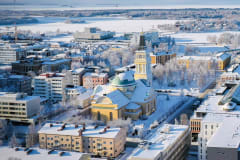 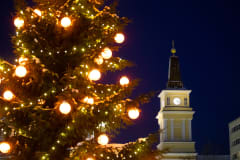