Over centuries, Oulu Market Square has offered its visitors a year-round, lively meeting and trading place which has also required guarding. A peculiar feature in the local policing history were the Market Square policemen who kept an eye on the Market Square and maintained order there. Through them, the townspeople and those who came from the province became acquainted first-hand with the authorities and the police.

The era of Market Square policemen in Oulu lasted from 1934 until 1979. After the patrolling ended, the policemen were commemorated through a citizen’s fundraiser for erecting a bronze statue in front of the Market Hall. The Market Square Policeman’s statue was designed by sculptor Kaarlo Mikkonen.

Standing at 2.2 metres, the robust policeman with his cap and Sam Browne belt has become a symbol of Oulu over the years and is a popular choice for selfie buddies. So go ahead and snap a friendsie with the jolly Policeman and prove you were really in Oulu! 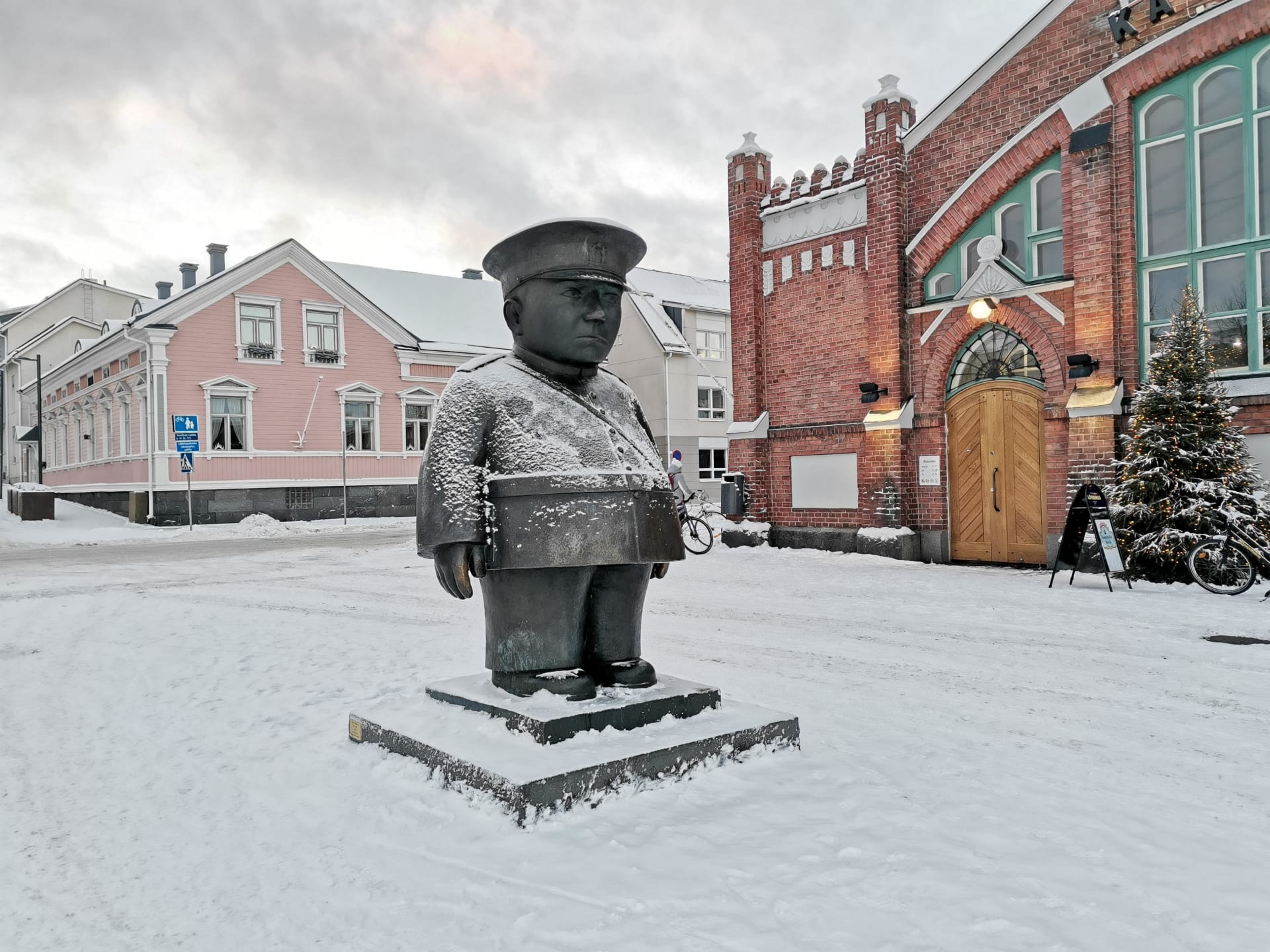 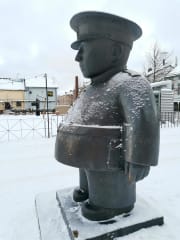 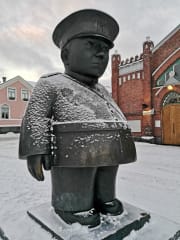 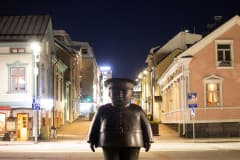 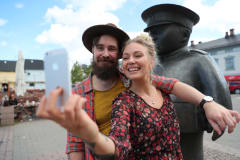 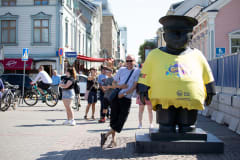